Skip to content
Eliminate Pests For Good and Get Your Home Back.

Find a licensed local exterminator specializing in your needs

Compare the best prices in your area

You don’t eat or store food in your room.

Yet, this doesn’t seem to be enough to stop ants from crawling in your room.

Here will cover why some ants seem to enjoy visiting your remove even though it’s food free.

Ant’s feed on small crumbs that we don’t see.

If you don’t eat in your room now, but you did at some point, there may be some food leftover in hidden places.

For instance, there may be food crumbs on your carpet under your furniture or bed.

It’s also possible that there are stains of sugar from drinks on your desk or nightstand.

Ants are tiny and can flourish with the smallest amount of food.

Be sure to vacuum your room thoroughly to ensure you get any small crumbs hiding on the carpet.

It is also a good idea to mop and wipe down all services.

Even without all the food gone, sticky residue from drinks or food will draw ants.

Even a small amount of dried up soda can provide significant food for an ant colony.

So, even if there is no food in your room, any water source will attract ants.

Be sure to address any excess moisture that might be present in your room, especially if you continue seeing ants in your room.

Indoor plants or flowers are attractive to ants.

Roses and peonies, in particular, are known to draw them in.

Honeydew is a favorite of many ants such as Carpenter, Odorous, and Pavement ants.

Aphids often go unnoticed due to how small they are, be sure to check your plant thoroughly if you see ants around them.

Indoor plants can also act as a source of moisture and can attract ants to your room.

4. In Route To Another Objective

If you don’t have any food or water in your room, ants may be en route to a food source outside your room.

Ants can travel far when foraging for food.

Carpenter ants, in particular, can travel up to a hundred yards when foraging for food.

Once they find food, they leave a chemical trail behind for other ants to follow.

If you see a trail of ants in your bedroom, follow the trail to the source.

If it does not stop in your room, look outside your room to see other food sources.

If you recently spray pesticides in or around your home, ants may be inside your room for protection.

It’s not uncommon for ants to seek out new shelter after the pesticide is applied.

This is especially true when repellent insecticides are used.

The repellent will force ants to look for a new shelter and the next best location is inside your home.

Insecticide barrier treatments can also trap ants inside your home.

It’s possible that ants that would usually leave your home are no stuck due to the barrier.

Consider using bait traps inside your room if you recently had an insecticide applied around your home.

This will help you eliminate the remaining colony.

As unlikely as it sounds, your dirty laundry can also attract ants to your room.

Soiled underwear and other clothing items have sugar and salt that is attractive to ants.

Sweaty clothes are particularly attractive to ants due to the high moisture and salt content they have.

Avoid leaving your dirty clothes lying around or balled up in your gym bag; this will give ants easy access.

You can use a natural repellent such as orange oil and apply it at the base of your laundry basket to keep ants away from your clothes.

Pet food is another overlooked item that can attract ants to your room.

If you have pets, make sure you store food in a sealed container once your pet is done eating.

Also, pay attention to any treats that you give to your pet.

These sometimes get lost on the floor, or crumbs get left behind.

Avoid feeding your pet inside your room to minimize food crumbs.

Another reason ants could be in your room is due to the weather.

Ants typically spend spring and summer preparing for the harsh winter month ahead.

They are more active during this than any time of the year.

As such, ants will forage and explore in areas that have no food.

It also possible that ants will venture into your home for shelter.

During winter, the rain or cold weather might force ants inside for warmth and protection.

In research done by Standford, there was an increase in ant infestations during winter and summer.

Their research concluded that weather has a huge impact on ant infestations inside homes.

8.Nest Inside Your Home

If you see ants in your home without any food, you may have an ant nest inside your home.

The nest is likely located under the ground or inside your walls.

A good sign that you have an ant nest inside your home is to see ant activity during the winter.

During cold weather, ants typically lock themselves inside their nest for protection.

Ant’s don’t require much space to get in, so it’s vital that you carefully examine these entry points.

Some of the most common entry points include:

What Does It Mean If There Are Random Ants In A House With No Trail?

If you find an ant roaming around your home, they are foraging for food.

Once they find food in your home, they will release pheromones to create a trail.

Shortly after, more worker ants will follow to bring the food back to their colony.

Why are There Ants In My Bed?

If there are ants in your bed, there is likely a food or water source nearby.

If you eat or drink on your bed or next to it, the ants are likely after the leftover food.

Why Do Ants Suddenly Disappear?

The most common reason ants disappear is the season.

Ants hibernate during the winter.

During this season, ants will not leave their nest.

It’s also possible that the ant colony has died off.

Ants can also disappear if they no longer find a reliable source of food or water.

They are likely foraging somewhere else.

In most cases, spices do not attract ants.

It is quite the opposite; some spices such as cinnamon are used to repel many insects, including ants.

Why Do Ants Suddenly Appear?

You’ll most often see them appear suddenly during the summer months.

During summer and spring months, ants are preparing for the winter.

They are actively foraging for food and water.

Ants also seek shelter in your home during the hot months of summer.

If an ant finds food and water sources in your home, you can expect a trail of ants to appear shortly after.

Once one finds food, they will release pheromones to help other ants find the food.

What Is The Fastest Way To Kill Ants?

The quickest way to kill ants is to use a contact insecticide such as Raid.

That said, using Raid is typically not an effective way of eliminating an entire ant colony.

To eliminate the infestation, you would have to kill the queen. And Raid will not do that.

In most cases, spraying ants with an insecticide such as Raid will only make the infestation worse.

Insecticides cause an ant colony to panic.

When ants feel they are under attack a portion of the colony will flea the nest and start a new nest.

This is a reproductive method known as budding, where ants can start new colonies by breaking off from the current colony.

Ants that reproduce through budding can be especially problematic.

When these ants feel threatened they will flee the nest to preserve the current colony.

Budding is especially problematic because you can end up with more ants nest than when you started.

What Is the Best Way To Get Rid Of Ants In The House?

The less food and water there is for ants in your home, the less likely they will stay in your home.

Ants will eat the bait and will spread it to the rest of the colony.

The bait is slow acting and will eventually kill the ants and their queen. 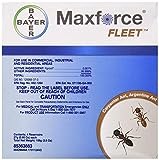 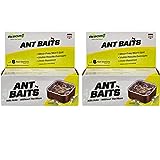