Any widow spider is scary to have around your home. When you see a white widow spider the white color can make them appear even scarier.

White widows also tend to be smaller than other species of widow spiders.

Where Do White Widows Live? (Distribution)

White widows are a rare species and are not as common as black or brown widows.

They are connected to black widows, especially in size, body shape, and potential lethality of untreated bites. However, white windows lack the abdomen mark that black widows have.

How dangerous are White Widows?

White widows are toxic like many other species of widow spiders.

These spiders are very dangerous compared to other species of spiders. White widows aren’t as deadly as black or brown widows, but their bites are still painful and dangerous.

Their bites are particularly dangerous and potentially deadly to kids, the elderly, and people with compromised immune systems.

Yes, white widows are venemous like most other species of widow spiders.

Their bites are particularly dangerous and potentially deadly to kids, the elderly, and people with compromised immune systems.

Toxicology reports show that their venom is highly similar to that of a black widow and a brown widow. Although their venom is less potent their bites are still deadly if not treated properly.

How To Get Rid of White Widow Spiders?

Close each entry point to eliminate white widow spiders. They can only enter your home with open entry points. Despite the length and size of white widows, they can still get inside tiny points of entry.

Here are specific areas to seal off so that white widow can’t get into your home.

These actions will make it easier to keep spiders out of your home. Next, we’ll get into removing spiders already within your home. 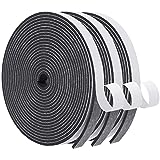 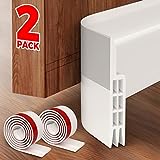 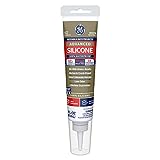 2. Clean and Sanitize Your Home

Eliminate any clutter to get white widows out of your home. Clutter is a magnet for white widow spiders. It gives them dark, hidden places to create webs without disruption. Besides, hiding places attract other insects besides spiders.

Put your items in boxes and bags to remove nesting places for all insects, including spiders.

Key areas to declutter and cleanse are as follows:

Humid and moist places bring in white widows. Therefore, you need to get rid of these attractive places. If you have any leaks, take out the water source. Also, be sure to replace busted water sources.

Areas damaged by busted water sources and moisture attract white widows. Unfortunately, that’s the case even once the water sources have been handled.

Some spots within your home have greater humidity than others. Try using a dehumidifier in the following places: 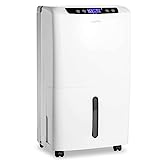 Since white widows typically gather outdoors, you might not need insecticide within your home. You’ll only need it inside if you have a huge infestation. Residual effect insecticide is the best one to use.

Residual spray is most potent against white widow spiders. It will eliminate any spiders that come across the spray for

up to three to six months.

Other areas to apply residual spray are as follows:

Before applying insecticide, check the label to make sure it’s safe to use on plants. Also, confirm how long kids and animals should wait before coming into contact with the grass. 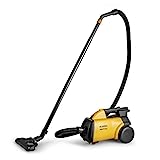 6. Deter White Widows From Your Home

Repel spiders by employing precautionary steps to back up treatment processes. For instance, expel roaches and flies, both of which draw in spiders.

For starters, clean and sanitize attentively. Spiders hate homes that are clean because of fewer hiding spots. Vacuum and sweep away eggs, sacs, and spider webs if you see them—store food in sealed packages to repel roaches, ants, etc.

First, clean vigilantly, as spiders avoid very clean homes due to the lack of hiding places.
Be sure to sweep down or vacuum up spider webs and egg sacs whenever you see them. Also, remove clutter such as filthy clothing, used paper, and other trash.

If you have other insect issues, use the appropriate pest control and other pesticides. Also, employ the following precautionary steps to keep spiders out.

Closer crevices and cracks to keep spiders out. Use fine mesh insect screens on your vents. 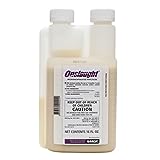 How Can You Recognize A False Widow Spider?

False widows greatly resemble black widow spiders. This is due to their tiny heads, sizable abdomens, and long legs.

What To Do If a White Widow Spider Bites You?

If you think a black widow spider has bitten you, do the following:

How Can You Recognize A False Widow Spider?

White widow and black widow spider bites have the same symptoms. You wouldn’t be able to distinguish the different bites without viewing the spider.

● Swelling and pain. Bites can trigger swelling and pain that carries over to your chest, back, or belly.
● Cramping. Intense cramps in your stomach can be confused for a ruptured appendix or appendicitis.
● Sweating. You could undergo sweat, nausea, or chills.

People with damaged immune systems and also children are significantly endangered by these bits.

More often than not, the following symptoms comprise bites from black widows:

● Mild to intense pain before redness and swelling of the bite’s area
● One to two small red areas like fang marks.

Sometimes, intense symptoms materialize within a half-hour to one hour. Here are the symptoms:

What are black and white widow spiders?

White widows are only white; they lack a lot of black on their heads or abdomens.

False black widows are named after lethal black widows and generally within populations of humans. They can be found in Europe, Australia, and North America.

Other common names for the false widow spider are the cupboard spiders, brown house spider, or dark comb footed spider.