Vinegar is made from diluted acetic acid.

Acetic acid is what gives vinegar its flavor and odor. It’s also what makes vinegar fatal to termites.

Termites can not digest acetic acid. Neither can their soft exoskeletons survive the acid upon contact.

The higher the acetic acid concentration, the more effective a solution is at killing termites.

In particular, 10% of acetic acid can kill approximately 50% of termites in 15 days.

But a higher concentration of 20% acetic acid can kill approximately 80% of termites in 15 days.

That said, most kinds of vinegar only contain 5-6% acetic acid.

So while vinegar can kill termites, it’s not very efficient in doing so.

Yes, but it’s not efficient.

While it is possible to kill termites with vinegar, you wouldn’t be able to eliminate an infestation with it.

That’s because there isn’t enough acetic acid in standard vinegar.

In one study, researchers soaked pieces of wood inside vinegar for 20 minutes before feeding it to termites.

The results show that only 14% of termites died, which was only 4% higher than the control.

This means that wood soaked in vinegar only caused 4% more termites to die than they would have died naturally.

So, while you can kill termites by spraying vinegar on wood, it’s not an effective method of eliminating infestations. 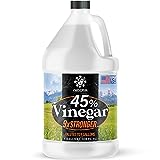 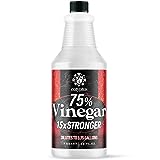 Spraying vinegar directly on termites can kill them, but it’s not a very practical extermination method.

It takes approximately 15 days for the vinegar to kill 14% of termites upon contact.

And while spraying vinegar can drown termites, killing termites this way can take upwards of 20 hours.

Spray vinegar directly on termites is not much better at killing termites than of spraying it on wood.

This is a long time to wait for any significant results.

Vinegar has a slight repellent effect on termites, but this effect only lasts for a couple of days.

The repellency doesn’t last primarily due to the low concentration of acetic acid in vinegar.

Higher concentrations will have a stronger repellency but are still only effective for two days.

Note that vinegar is only effective at repelling termite if applied on untreated wood.

If the wood is painted or sealed, it will not be able to absorb the vinegar,

Overall, vinegar is an ineffective natural repellent for termite compared to other options.

Yes. Wood vinegar can kill termites and is an excellent pesticide.

In a study, wood vinegar was able to eliminate termites in seven days with a 2% concentration.

And at an 8% concentration, wood vinegar can reach 100% mortality in only three days.

It’s important to note that wood vinegar is not the same as vinegar. It is a natural product made of wood and other plant materials.

To treat termites with an 8% solution, mix 8ml of wood vinegar with 100ml water.

Transfer to a spray bottle and apply it to infected areas.

For the best results, apply this solution to untreated wood. You’ll also want to continue using the solution once a week.

Should you use vinegar to kill termites?

No. Vinegar is not an effective treatment to repel or kill termites.

While it is possible to kill termites with vinegar, you wouldn’t be able to eliminate an infestation with it.

That’s because there isn’t enough acetic acid in regular vinegar.

Acetic acid is what makes vinegar fatal to termites.

The higher the acetic acid concentration, the more effective a solution is at killing termites.

For example, 20% of acetic acid can kill approximately 80% of termites in 15 days.

But, most kinds of vinegar only contain 5-6% acetic acid.

So while vinegar can kill termites, it’s not very efficient in doing so.

Beneficial Nematodes are parasites used as a biocontrol for pests.

They attack insects but don’t pose any harm to plants, pets, and humans.

They enter the termite’s bodies and release deadly bacteria that kill termites within two days.

When tested in a lab, nematodes were able to eliminate 82% of termites after two weeks. 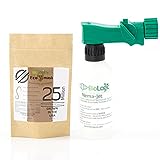 Boric acid or Borax is another excellent natural alternative to killing termites.

Boric acid can eliminate termites on wood between 70% and 89% after ten days.

HARRIS Termite and Carpenter Ant Treatment and…
$12.99
Buy on Amazon

Essential oils can both repel and kill termites hiding in the wood around your house.

A study found that essential oils can deliver between 70% and 100% mortality rate after three days.

Some of the most effective essential oils for termites are:

You can spray these oils directly at the termites or inject them into areas where there are termite infestations. 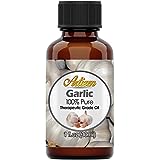 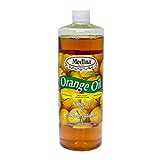 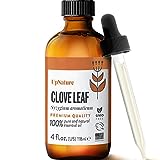 Temperatures above 120 Fahrenheit are fatal to termites.

As such, applying heat is one of the best ways to eliminate termites naturally.

Another way you can eliminate termites is by freezing them.

Temperature below 25 degrees is fatal to termites.

Most professionals do this by injecting liquid nitrogen into infested areas.

Liquid nitrogen can reach temperatures of -320 degrees, which can quickly kill termites.

Wood vinegar is a natural product made of wood and other plant materials.
It is an excellent pesticide against termites.

Beauveria Bassiana is a fungus that grows naturally in soils. It’s used around the world for insect control applications.

This fungus kills the insect within three to five days.

As for termites, the fungus was able to reach a 100% mortality rate after ten days.

Termite barriers are physical barriers that prevent termites from entering your home.

These barriers are effective at controlling subterranean termites.

Petroleum jelly is a common household item that you can use to both repel and kill termite.

Termites are not able to digest the chemical phenol found in petroleum jelly.

When consumed, petroleum jelly acts as a slow poison, eventually killing them after 4-6 weeks.

Vinegars have about the same level of acetic acid concentration.

As such, one type of vinegar will not kill termites more effectively than another.

Yes. Vinegar and lemon juice can kill termites. But the mixture is not an effective way of eliminating a termite infestation.

And while adding lemon to vinegar can make it more acidic and potent, it will not produce significantly better results than vinegar alone.

Fipronil is an active ingredient in many pest-control products, including Termidor.

High concentrations of Fipronil are fatal to termites upon contact.

It is highly effective both as a termite treatment and prevention.

Other than termites, Fipronil works on various pests, including ants, cockroaches, rootworms, and beetles.

Imidacloprid is an insecticide derived from nicotine.

It’s an active ingredient in many pesticide products, including Premis.

Imidacloprid disrupts the termite nerve’s ability to send signals, which eventually kills them.

The chemical is also effective in that it is slow-acting.

That means termites who come in contact with it do not die right away. Instead, they go back to their nest to transfer the toxin to other termites.

Hexaflumuron is an insect growth regulator. It inhibits a termite’s ability to shed its exoskeleton and grow.

Hexaflumuron is used in various termite baiting systems, including Sentricon.

The idea is to allow termites to carry the bait back to the colony and spread it to other termites.

Once the queen receives the chemical, the colony will die.

That said, there are no studies to show the effectiveness or requirements of using a salt solution against termites.

Baking soda is fatal to termites when ingested. That’s because termites do not have the ability to do it.

The issue, however, is how to deliver baking soda to termites.

Injecting baking soda into a termites gallery is unlikely to result in the elimination of a termite infestation.

As such, it is unrealistic to eliminate termite infestations with baking soda.

If poured directly on termites, bleach can kill termites.

Unfortunately, there is not an effective way to use Bleach to eliminate an entire termite infestation.

It’s proven to be able to eliminate termites within 24 hours.

Can you bomb your house for termites?

Bug bombs do not penetrate wood or soil.

That means it can only kill termites that are exposed or on the surface. The ones that are hiding inside the wood and soil won’t be eliminated.

As such, bug bombs are not an effective way to eliminate termite infestations.

Soap water is a natural way you can kill termites.

The soap will coat the termites’ body and make it impossible for them to breathe.

That said, soap water is not an effective method at eliminating infestations.

Once you spray the water on the wood, it will absorb it, making it too weak to kill the termites inside.