The best time to get rid of mosquitoes is before they become adults and develop their wings.

Mosquitoes don’t really become a problem until they leave the water and fly.

So, preventing mosquitoes reach this stage is undoubtedly much better than treating them once they’ve left the nest.

In this article, we’ll go over the different ways you can kill mosquito larvae, so they never become a threat to you and your family.

Mosquito larvae live and develop in non-moving water. And they only need approximately 1 tsp of it to thrive.

So, the best and easiest way to kill mosquito larvae is to remove standing water around your home.

To keep mosquitoes away, make sure you remove or treat standing water in:

Also, ensure that your yard is designed to let the water flow away from your home when it rains. If that isn’t the case, contact a yard drainer professional to get your yard graded adequately.

Fix any uneven concrete that causes water to pool in one area during rainstorms.

Also, fix any plumbing issues that cause water to pool, including leaky faucets and other watering equipment.

Make sure to clean any clogged gutter to prevent water from pooling.

If you have any tree holes around your house that pools water, seal it with expandable water-resistant foam used for home insulation projects.

Remove any containers around your house that can cause water to pool.

Ensure you do not have plumbing issues and that your air conditioner drip line does not create water puddles.

If you have a birdbath in your home, drain it regularly to prevent mosquito development. You can also add a water agitator into your birdbath to make it unideal for mosquitoes to inhabit.

That’s because mosquitoes need to breathe air through the surface of the water. They are very susceptible to wave action.

Resource: Where do mosquitoes live?

Mosquito larvae are aquatic insects. But they need to be able to breathe air at the surface of the water. They use snorkel-like tubes, called siphons, to push through the water surface for air.

MMF prevents mosquitoes from larvae and pupae to stay at the water’s surface by lowering surface tension. This disrupts the ability of mosquito larvae to breathe, which eventually suffocate them.

Today, commercially available surface films are biodegradable and form an ultra-thin film (about one molecule in thickness)

Research shows that MMF has a 92% to 100% mortality rate in mosquito pupae. MMF also proves to be effective at drowning female mosquitoes while they are laying eggs.

Larvicidal oils are specifically formulated to be applied to water surfaces to control mosquito larvae and pupae.

These oils typically come with surfactants to help them spread on the water surface.

Larvacidal oil suffocates mosquitoes by preventing them from staying on the surface of the water to breathe.

This method of control generally takes about a week to see a significant reduction in the mosquito population.

One of the main advantages of using larvacidal oils is that they have low toxicity. They also have very minimal effects on other organisms in the water.

It stops infestations by making adult mosquitoes unable to reproduce. IGRs also block the ability of mosquito pupae to turn into an adult.

It prevents pupae development by increasing the levels of juvenile hormone (JH) in their bodies.

Mosquitoes have high JH when developing from one larval stage to the next. But the JH hormones are absent when the pupae develop into an adult.

While IGRs do not kill earlier mosquitoes, they are still an effective treatment for mosquito control.

That’s because mosquitoes aren’t typically a problem in their early stage. They only become a real problem when they turn into adults.

The two types of IGR used for mosquitoes are: S-methoprene and Pyriproxyfen

Methoprene works well in a wide variety of mosquito habitats, including both freshwater and saltwater.

This formulation is especially effective against Aedes mosquito larvae.

Many S-methoprene formulations available in the market are formulated to provide prolonged residual activity, sometimes lasting up to one six months.

BTI is a naturally occurring bacterium found in soils. It’s the most commonly used agricultural microbial pesticide in the world.

It kills mosquito larvae within 4-24 hours after ingestion.

Note that BTI do not work on mosquito pupae. That’s because BTI needs to be ingested for it to work.

Since mosquito pupae do not feed, they are not affected.

BTI is excellent for places where water cannot be emptied, such as fountains, ornamental ponds, and irrigation ditches.

It comes in many forms, including pellets, granules, tablets, and liquid.

BTI presents no toxicity to people, crops, bees, and animals.

When used as directed, BTI can be applied safely without harming crops or water supplies.

Many BTI products are designed specifically for homeowners and are safe and easy to use.

While some commercial use BTI products may require you to wear a mask when applying, most require no extra precautions.

BS is a naturally occurring bacterium that targets a variety of mosquito larva.

Similar to BTI, BS needs to be ingested to kill mosquitoes. The mosquito larvae will generally die anywhere between a few hours to a few days after ingestion.

They can come in the form of granules, powders, or liquid concentrates for mixing with water.

To use BS against mosquitoes, you can spray it from the air or the ground.

It has no harmful effects on humans, crops, animals.

Spinosad is a new and effective natural product for controlling larval mosquito populations.

It is extracted from a bacterium called Saccharopolyspora spinose.

Compared to conventional pesticides, Spinosad is minimally disruptive to most non-target species.

As such, it’s the first EPA classified reduced risk larvicide.
It is non-toxic to humans and wildlife.

One disadvantage of Spinosad is that its longevity and efficacy are heavily impacted by exposure to sunlight.

It can stay effective for as long as two weeks in shaded water, but only lasts one day on direct sunlight.

Spinosad comes in a liquid, tablet, and granular formulation.

Another way you can get rid of larvae is to attract or place mosquito larvae predators in your home such as dragonflies, copepods, fish and birds.

Like mosquitoes, dragonflies are aquatic insects. They lay their eggs in water. Their larvae develop in water as well.

Because they share the same habitat, mosquitoes are an easy meal for dragonflies.

Despite being fatal to mosquitoes, adult dragonflies are harmless to humans.

Fish is another well-known predator of mosquitoes.

Some of the most popular ones are Mosquito fish, Guppies, and Threespine stickleback.

These fish are tiny, enabling them to thrive in shallow waters where mosquito larvae live.

Another advantage of mosquito fish as a biocontrol is that they are tolerant of a wide range of environmental conditions, such as temperature and salinity.

Today they are used around the world as an alternative to using pesticides to control mosquitoes.

Predatory copepods are small aquatic crustaceans found in the most freshwater and saltwater habitat.

As such, they are an effective bio-control for mosquito production.

The largest of these predators copepod species can kill up to 30–40 larvae per day.

Another advantage of copepods as a bio-control is their abundance. Because you can find them in nearly all salt and freshwater bodies, they are relatively inexpensive to produce.

You can place copepods on permanent water containers as a natural way to control mosquito larvae.

Copepods can survive for several months in these containers, which means they can provide long-lasting control of mosquito populations.

But, mosquitoes larvae need to breathe air through the surface of the water. As such, they are very susceptible to wave action.

If you have a bird bath in your home, consider adding a water agitator to make it unideal for mosquitoes to inhabit.

You can install a Water Wiggler or a small waterfall feature. Not only is this beneficial to keeping mosquitoes away, but it also produces sounds that attract birds to your birdbath.

For ponds, you can agitate the water by adding an electric aeration pump or a fountain.

By increasing the aeration in the pond, you will make it impossible for mosquitoes to survive in it. 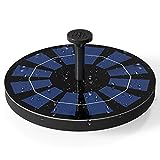 While mosquitoes are aquatic, they need air to breathe.

To breathe underwater, they stay on the water’s surface and use a snorkel like tubes called siphons. Siphons allow mosquitoes to penetrate the waters’ surface and breathe air.

Dish soap prevents mosquitoes from larvae and pupae to stay at the water’s surface by lowering surface tension.

This disrupts the mosquitoes’ ability to breathe, which eventually suffocates and kills them.

To kill mosquitoes with water, mix 2 ½ tablespoons of liquid dish soap with 1 gallon of water in a spray bottle. Spray liberally onto standing pools of water. 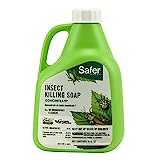 Essential oils are commonly used as a natural insecticide against many pest such as cockroaches, termites, and bed bugs.

Research also shows that they are effective against mosquito larvae as well.

Depending on the size of the body of water and activity in the water it can take between 1 and 5 days to begin seeing results.

One of the most effective essential oils was cinnamon which only required around 2 grams of essential oil per 100ml of water to deliver 95% mortality rates after four days. 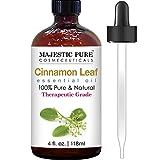 However, it’s not the safest way to do it.

Bleach is toxic and can be harmful to humans, animals, and other microorganisms living in the water.

No. Baking soda won’t kill off these mosquito larvae.

You can, however, use it to disinfect areas that are previously infested by mosquitoes. To do this, you can mix baking soda with vinegar and water, then rinse.

However, it’s not the safest way to do it.

Bleach is toxic and can be harmful to humans, animals, and other microorganisms living in the water.

If the standing water will be replaced or eliminated completely using bleach could be a viable household option to kill mosquito larva.

Dettol soap like other soaps can be used to kill mosquito larva.

The essential thing when adding any soap to water is that it needs to dissipate and spread throughout the water.

It is often recommended that 1mm of soap is used on 1 gallon of water.

Since dettol is a bar soap it can be difficult to add to water unlike other liquid soap options.

Chlorinated pools and other chlorinated bodies of water are typically not enough to kill mosquito larvae.

In some cases, mosquitoes and their larva have been found to develop a resistance to chlorine.

No, epsom salt or any other salt has any proven insecticidal properties against mosquito larva.

No. Baking soda won’t kill off these mosquito larvae.

You can, however, use it to disinfect areas that are previously infested by mosquitoes. To do this, you can mix baking soda with vinegar and water, then rinse.